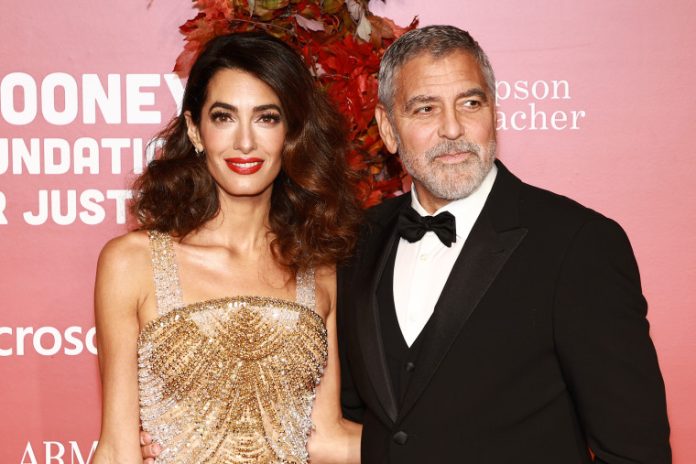 George Clooney discussed his relationship with Amal Clooney during his time at the Albie Awards, hosted by the Clooney Foundation for Justice on Thursday night.

George Clooney was joined by wife Amal Clooney at the Albie Awards. The Clooney Foundation for Justice, which he founded with his wife in 2017, hosted the event. They were both present Thursday night in New York City.

George loved working with Amal to create the event, and talked about her outside of the New York Public Library.

Meryl Streep, Dua Lipa, John Oliver and numerous more celebrities attended the event. They were there to honor those who devote their lives to justice.

George was interviewed about his wife’s work and characterized it as exceptional.

He stated, “I have a lot of respect for journalists. My father is one, as well as my mother. When someone has been wrongly imprisoned in doing their job and Caitlin is able to release them, I’m really proud.”

“The number one thing I hope my kids take away: Challenge someone with power, and defend someone without it.”

The Albie Awards was created to honor those who have been working to fight against injustices.

Albie was awarded a lifetime achievement award for his work fighting apartheid in South Africa.

Two award-winning organizations, one which support survivors of genocide in refugee camps and the other, Filipino journalist Maria Ressa were honored by the Justice Awards at this year’s ceremony.