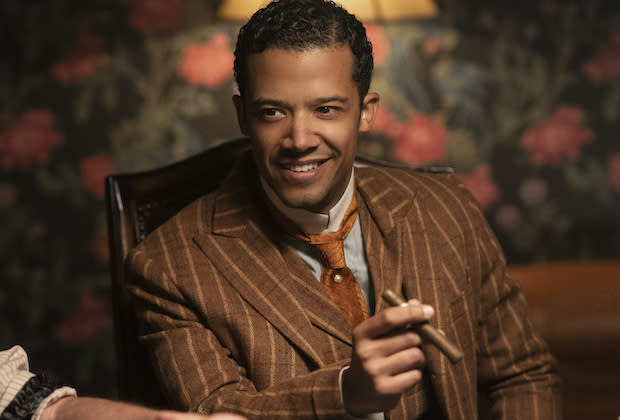 ‘Interview With the Vampire’ premièred with Louis de Pointe du Lac saying, “The vampire is bored.” But what about you? Let’s recap the first episode, with a slow realization that yes, this show was everything it advertised and then some.

“In the present” Louis invites an investigative journalist into his penthouse. As he tells his story, turning back the calendar to 1910 New Orleans, he talks about how that was when he became wealthy.

To his family’s embarrassment, he made his wealth from the red-light district of Storyville and had a disapproving brother who believed in enforcing morality on others.

Avoiding Vampires by sleeping with a prostitute is the only comfort they can take. That safety was soon made dangerous when the filthy rich Lestat de Lioncourt meets and bewitches Louis.

Louis, who wasn’t gay at the time, distanced himself from his one-night stand when he found out that they were gay. At his sister’s wedding, he was

happy and kicked up his heels with Paul in one of his sane moments. But his life didn’t change much as he had just gone around in a circle.

After Paul and Lestat’s wedding, Paul shared that Lestat came out to him and said he was there to take souls. After this, Lestat jumped out the window

He was the last person Paul saw in their hometown before he died. Louis skipped the wake for his brother’s funeral to visit Lily only to find out she had died himself had they met.

Louis, a guilt-ridden man confesses to his sins of life at St. Augustine and Lestat convinces him to ask for the dark gift and power instead.