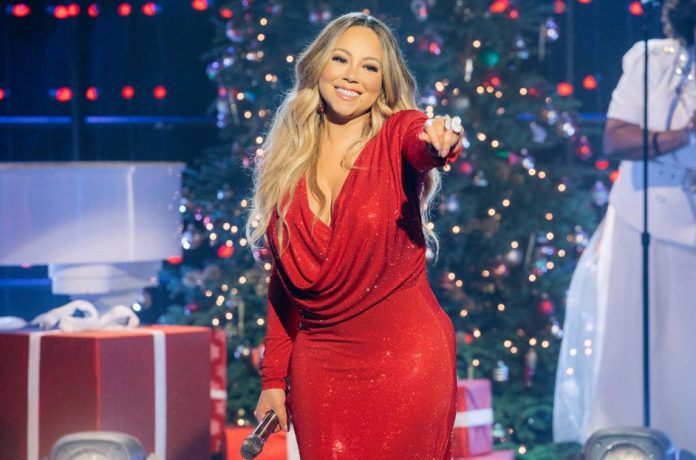 It’s officially Christmas, and we want you to start off on the right foot.

The clip opens in black and white with Carey on a stationary bike, donning a witch’s costume as she is surrounded by jack-o’-lanterns and CG bats.

And then, with a sudden color change in the background, we enter Mariah’s winter wonderland. “It’s time,” she squeals. And of course, “All I Want for Christmas Is You” rings out as can be expected.

Carey’s 1994 original has been popular for years. She reached the top of the Billboard Hot 100 multiple times, and her song is the most popular on Billboard’s Holiday 100.

Her Christmas spirit continues to grow in the U.K., where All I Want for Christmas Is You finally hit No. 1 in December 2020 – 26 years after it was initially released. This set a new record for how long a song had waited to reach the number one spot on the charts. Several weeks later, the record was broken again when Wham’s Last Christmas finally claimed the crown 36 years after it originally came out.

In summer, when Christmas is no longer around, “All I Want For Christmas Is You” reached a #1 spot in Australia.

Carey will be making some appearances soon, singing some of her favorite holiday classics. “Merry Christmas to All” tour dates, presented by Live Nation, will bring Carey to Boston on December 5.